James Marchand asks for info about the naming of Apollo Guidance Computer programs, and whether there's any connection to the name "Colossus" given to Tommy Flowers's code-busting computer at Bletchley Park in WW2. As these questions seem to be of general interest, I'll answer here.

All the names of AGC programs were made up by the engineers at MIT's Instrumentation Lab, where the control theory analysts did as much of the assembly-level programming as they could, augmented by some software contractor personnel. Before it was clear that we'd be programming two computers, one in each spacecraft, the names derived from ancient mythology, in which Apollo's "day job" was driving a phaeton containing the sun across the sky--hence, such names as ECLIPSE, SUNRISE, SUNSPOT and SUNDANCE. Once we had two parallel computer projects to do, we made up names with initial letters matching that of the spacecraft module they belonged to: COLOSSUS for the Command Module, and LUMINARY for the Lunar Module.

We knew nothing of Bletchley Park and Ultra then. The Colossus created by Tommy Flowers was named by his colleagues, in recognition of its being one big mutha hunkin machine. As I mention in my forthcoming Left Brains for the Right Stuff book, the second Colossus did a lot to save D-Day.
Posted by MIT Rocket Scientist at 11:46 AM No comments:

My website is once again able to send me contact information from the contact page. Sorry for the inconvenience!
Posted by MIT Rocket Scientist at 7:35 AM No comments:

Now that version 2.0 (as it were) of my book is in developmental editing and looking a lot better than version 1.0, I'm resuming this blog and posting my promotional card for it: 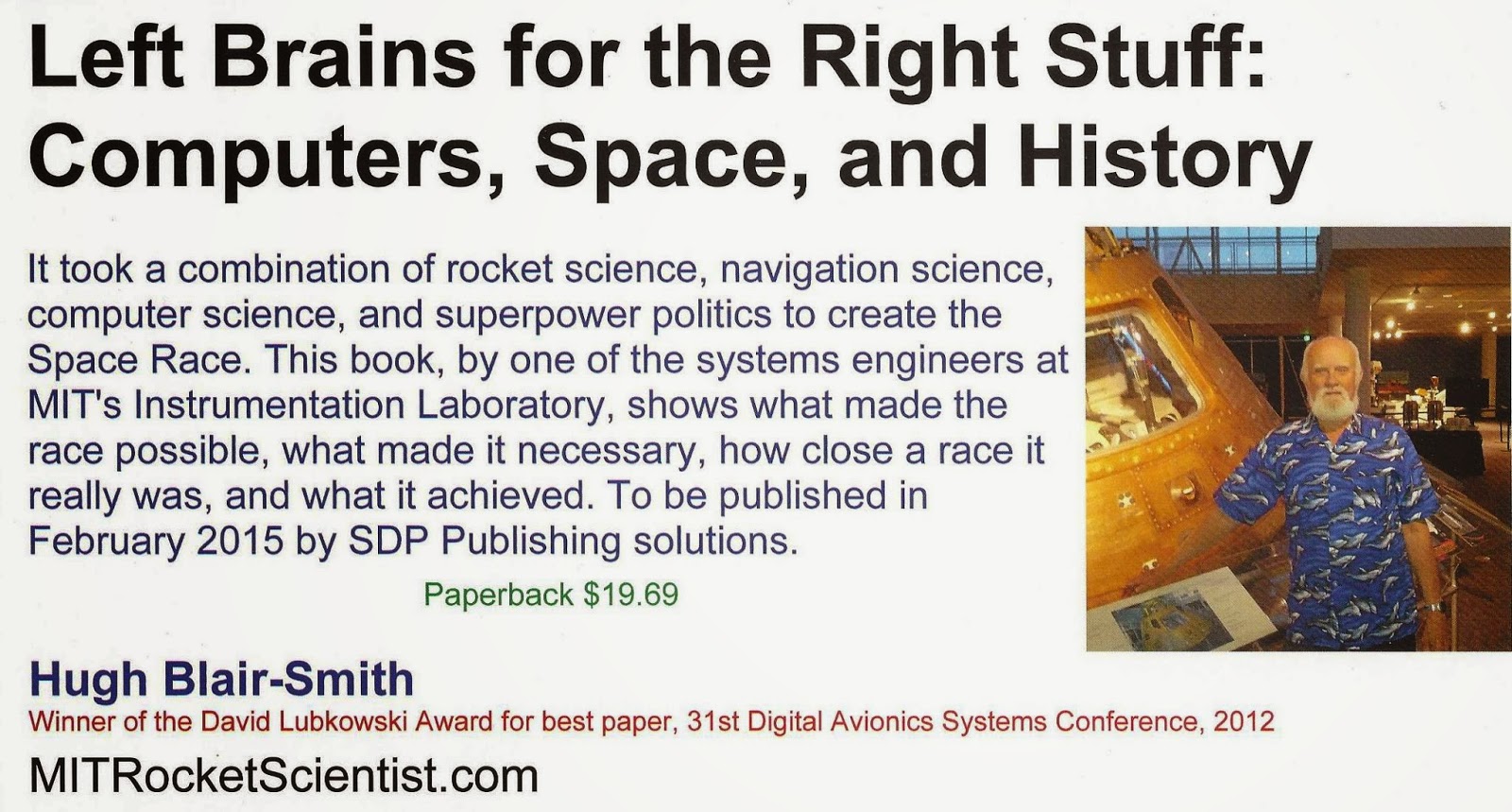 Posted by MIT Rocket Scientist at 12:26 PM No comments: